LIONS IN THE CITY

After the first Lions game in Whangarei there are only 4 days before the next game against the first of NZ’s Super rugby franchises, the Auckland Blues, at the fortress of NZ rugby - Eden Park

FUN FACT - The Blues have the 2nd most successful record of all NZ provincial sides against the Lions with three wins in eight contests the most recent being in 1993 winning 23-18 courtesy of six Fox penalties and a John Kirwan try.

Where to park your motorhome in Auckland?

The two biggest problems about taking a Motorhome into Auckland are the traffic and the parking. While the best solution to traffic is to simply avoid it, finding parking in Auckland City is a problem harder to avoid. There are many secure covered parking buildings in Auckland's CBD but due to the height restrictions they will only suit smaller 2/3 berth motorhomes. For the bigger sized motorhomes leaving them parked in the street is at your risk and so we would recommend seeking out safe and secure motor parks or caravan sites in the vicinity of the city, and using public transport to access the CBD. For a list of the closest motor parks check below.


Worth noting... For the Rugby World Cup the Auckland City Council allocated special parking areas for campervans. If they do the same for the Lions Tour 2017 we will make updates to the blog.

HANDY TO KNOW -  ParkBubble, is a new concept idea to solve parking problems in Auckland. It joins up people with residential parking spaces with people looking for them. Basically you rent someone's private parking space anywhere in the city for a very low daily price. This could be a great option and if you are organised, and book in advance, there is no reason why you couldn’t find a decent car park, private and secure and really close to the stadium itself which would be perfect!  Some places might even let you park overnight but in most cases you will have to allocate a designated driver to move your vehicle after the game. At the time of this blog the ParkBubble phone ap is being delevoped but if not you can arrange parking by visiting their website ParkBubble
There is no parking at Eden Park itself. 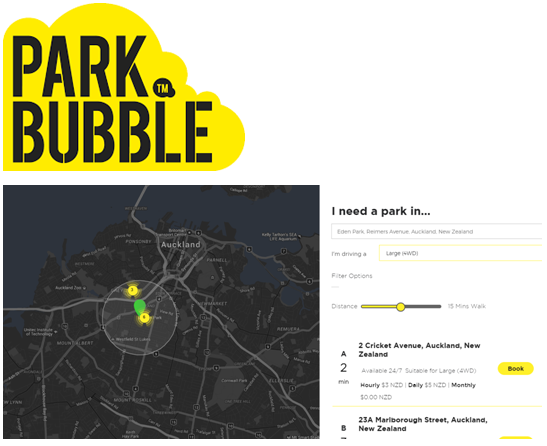 A List Of Motor Parks & Caravan Sites In Auckland City

Avondale Motor Park - 46 Bollard Avenue. Only 10km from the CBD, this is about as close as you can get to the city and Eden Park itself, which is a little way out of town. It’s a holiday, camping and caravan park with discounts for group bookings, a communal kitchen and TV room, with good facilities for young ones. 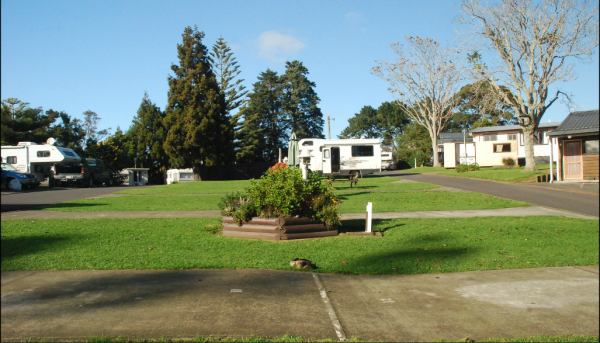 Takapuna Beach Holiday Park - 22 The Promenade. Takapuna is one of the most popular North Shore spots in Auckland, with great bars, restaurants, cinemas and a thriving cosmopolitan atmosphere. This park is close to the beach with extensive camping sites, a dump station and plenty of shops nearby. Only 45 minutes from the airport.

Big Bay Holiday Park - 271 Big Bay Road. Now the location may be intimidating, with an hour’s drive to the city, but this park is a stunning option. It’s quite small, but there are beaches galore, with fantastic wildlife and golf courses to enjoy. If this is too much of a trek, consider it as you travel south around the North Island. A real camping gem.

You may be returning your motorhome directly to the Airport first which means you don't have to worry about any parking. From the airport there are several public transport options or taxis back into the city again.

If you have 2-4 days to explore Auckland there is a lot you could do. For navigation purposes it’s really handy to familiarise yourself with Auckland's famous Queen St which is the commercial heart of Auckland and runs from the waterfront past Britomart central station to the top end of Karangahape Rd (K Rd) passing in front of the Sky Tower and Casino. 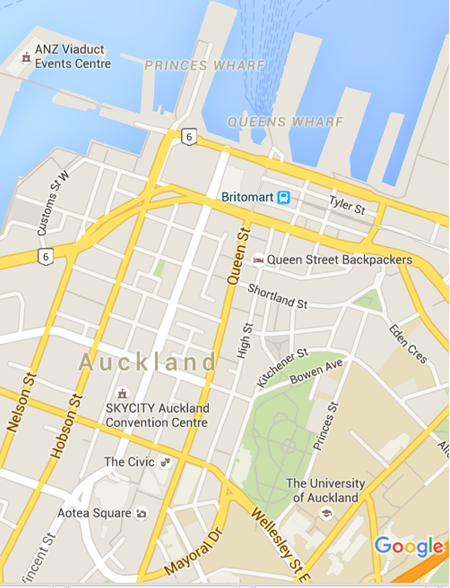 Here are just some ideas about what to do, where to go, and the best bars and cafes to visit, in New Zealand’s biggest city. 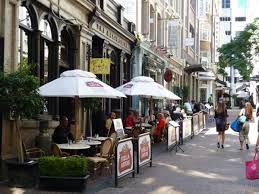 After take the Link Bus to Auckland Museum to see a Maori cultural show.
Finish the day with an organised tour of Auckland's breweries and pubs by Big Foody Food Tours
***SPECIAL OFFER FOR LIONS SUPPORTERS*** Mention promotional code LIONS17 and recevie 20% OFF tour prices for any of The Big Foody Auckland Tours.
Visit their website or call free from NZ on 0800 366 386, or free internationally on +64 21 481 177
Speak to Elle she's lovely and very helpful!

Day 2 - Take a ferry somewhere! This is always a fun thing to do in Auckland there are several easily accessible Islands each with golden-sand beaches, wineries and olive groves, and plenty of outdoor activities to try

Perhaps the most popular of these Hauraki Gulf Island destinations is Waiheke Island which was named one of the world’s top ten regions to visit in 2016 by the Lonely Planet.
Its easy to get to with a 35 min ferry cruise leaving from Auckland's waterfront at the bottom of Queen St regularly throughout the day. Check here for ferry info

For the best Irish Pub in Waiheke visit Malone’s. It's the only place on Waiheke Island that sells Guinness, Kilkenny, & Local Ale -Brewing Chaps- craft beer on tap poured with the proper traditional hand pumps and for a winery tour try Waiheke Island Wine Tours

If you’re after a bit more action and something different you could try Snowplanet - Try snowboarding, skiing or tubing in a controlled indoor arena. 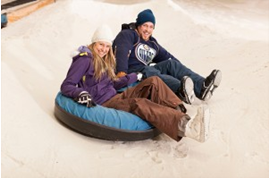 There is full bar and restaurant here. Or for more adventure activities there are high adrenaline Bungy Jumps off the Auckland Harbour Bridge or in the heart of the city try the Sky Jump off the observation deck of the Sky Tower a 192m, 16 second, 75km/h base wire jump! Beware. This is highly addictive and once might not be enough!

Unlike lots of other cities in NZ you will be spoilt for choice when it comes to places to eat and drink.

The most popular location is the upmarket Viaduct with over 30 bars and restaurants to choose from in one waterfront destination. Viaduct Harbour is a superb place to drink and dine or just relax and watch the world go by. 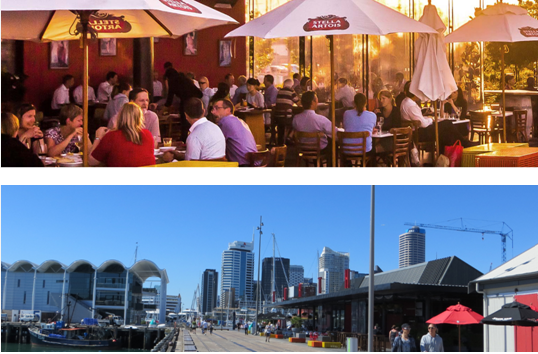 Discover the Minus 5 bar here on the Princes Wharf.  An extraordinary ice bar where everything from seats to your glass is made of edible ice! Put on special clothing and sip Vodka based drinks or juice but careful you can only stay inside the shimmering ice world for 30 minutes. Lenin Bar next door offers a good view inside. 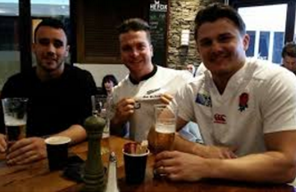 1) The Shakespeare Hotel and Brewery in Central Auckland.
This is one of Auckland's most iconic pubs that has traded continuously since it opened in 1873. It has three bars, excellent food and their own range of beers, brewed on site

2)  Speakers Corner in Browns Bay, 7 Anzac Road, Auckland,
Take a bus or taxi to Browns bay and visit The Speakers corner where you’ll find an Extensive range of English beers- (21 different beers on tap) and food with great views of the sea and a warm atmosphere. 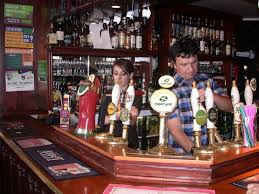 The Spitting Feathers is a classy, modern pub located in Wyndham Street in the heart of Auckland City serving food and drink including all the favourites from the motherland. 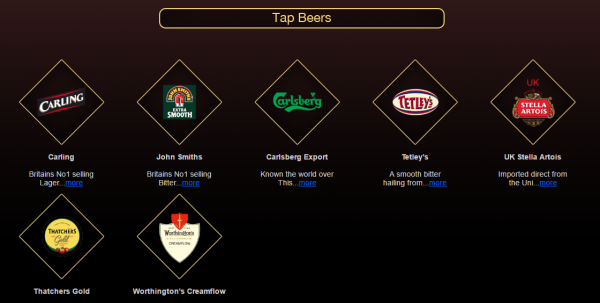 Breweries and Wineries around Auckland 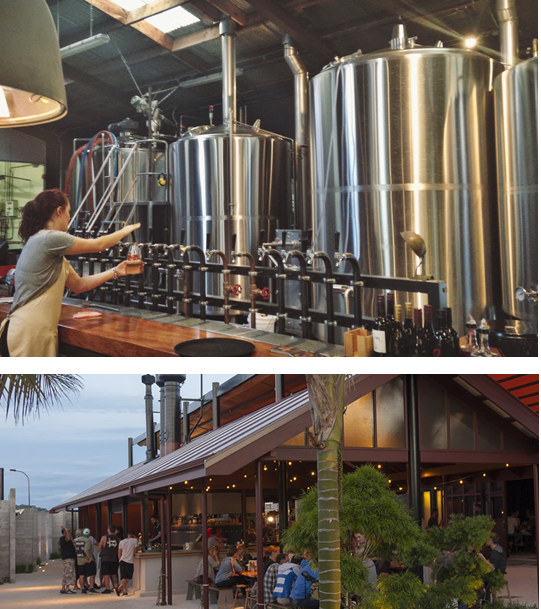 Stay tuned for next months newsletter and blog contatining Part 3 of our suggested Lions Tour Itinerary and Pub Crawl.  Auckland to Christchurch
Register for our newsletter today or follow us on facebook